Artefacts in ART-DECOR may be linked to each other in order to express a certain relationship between them. Beyond the fact that versions of the same artefact are coupled in a row, there are seven other types that carry a qualified relationship. This concerns Mappings

Please note that all Maps / Associations between two artefacts may appear 0 to many times. This means e. g., that a Dataset concept “Color of the Iris” may have zero maps to a Coded Concept, or one for example to SNOMED-CT, or even more like to an OrphaNet Code for Rare Diseases etc.

ART-DECOR as a tools focuses on “collaborative separation of concerns”, i. e. that people with different skills play their role on the way towards a healthcare interoperability specification.

Later in time, Release 3 will introduce Concept Maps, that allow to takle all six types of maps / associations. Maps then have their own id, effectiveDate and status etc. 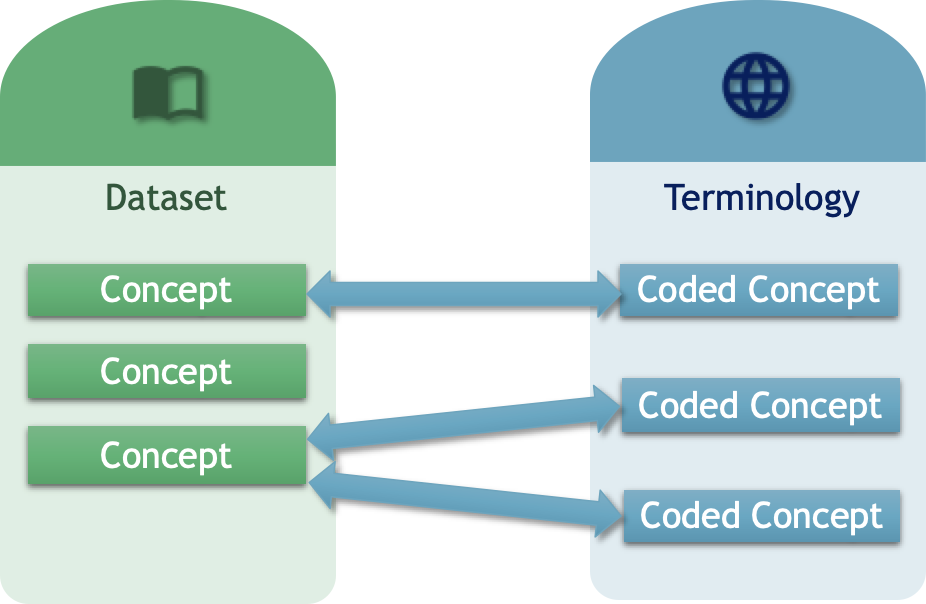 A Concept Headache can be associatiated with the code R51 from ICD-10...

... and also with the corresponding SNOMED-CT code.

Please keep in mind, that a Coded Concept is comprised of a code and the corresponding system where the code is drawn from as mandatory parts, and optional more parts like a display name or designations.

Terminology Maps / Associations are assumed to be done by persons with corresponding skills, separate from building a Dataset. A Dataset Concept was named “Eye color” as a requirement. This “trivial” name is coupled to a Coded Concept from SNOMED-CT 247030006 “Color of Iris”.

Dataset may have concepts that have a list of choices as a set of valid values for that concept.

In a healthcare scenario, a Dataset Concept Color of the Iris can have values out of the following choices: 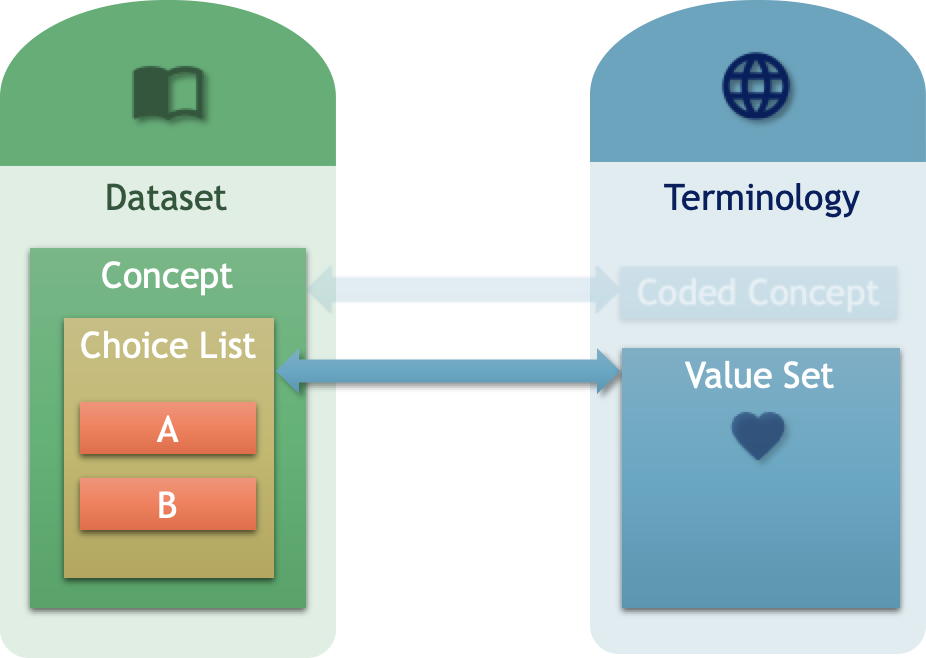 # Mappings between Choice List Elements and Codes in a Value Set 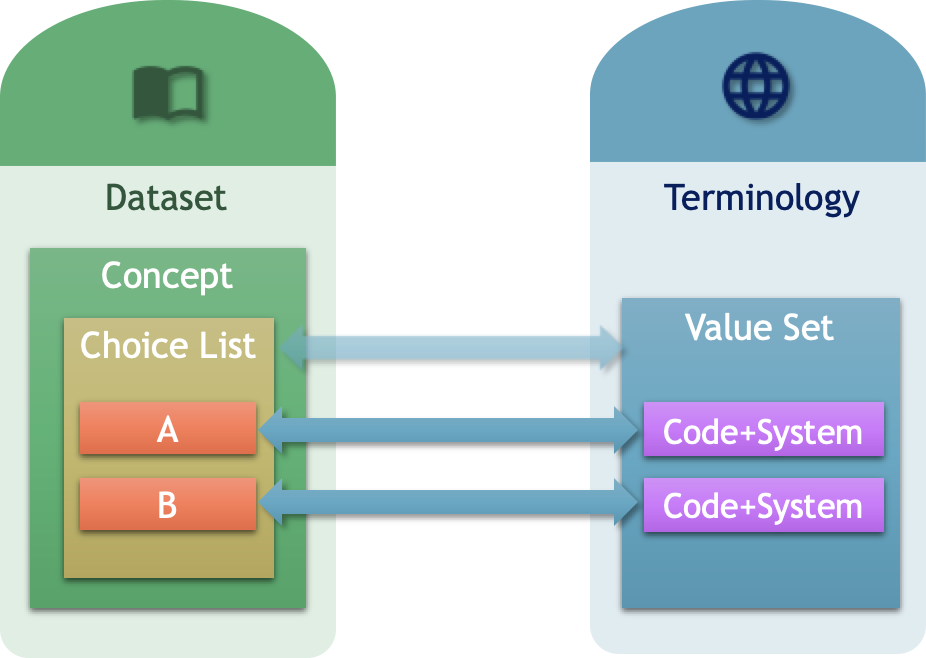 # Mappings between Dataset Concepts and Identifiers 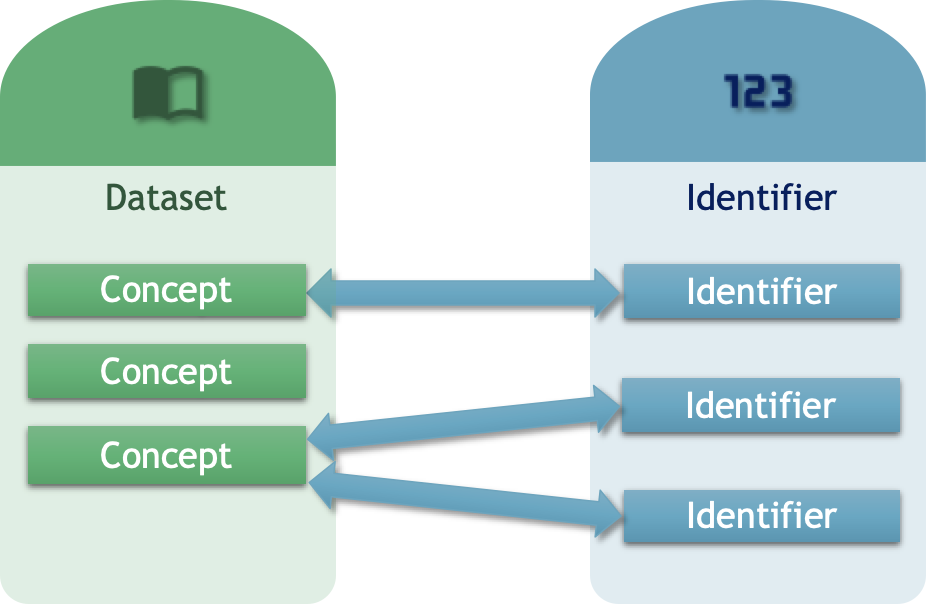 Please keep in mind, that an Identifier is comprised of an ID and the corresponding system that defines the scope of the ID (where the ID is drawn from) as mandatory parts, and optional more parts like an assigning authority or designations.

In a Dutch system, there is the notion of a Citizen Service Number, Burger Service Nummer (BSN). A BSN is an identification scheme used by various governmental and public service organizations in the Netherlands to identify citizens.

# Mappings between Scenarios and Templates/Profiles 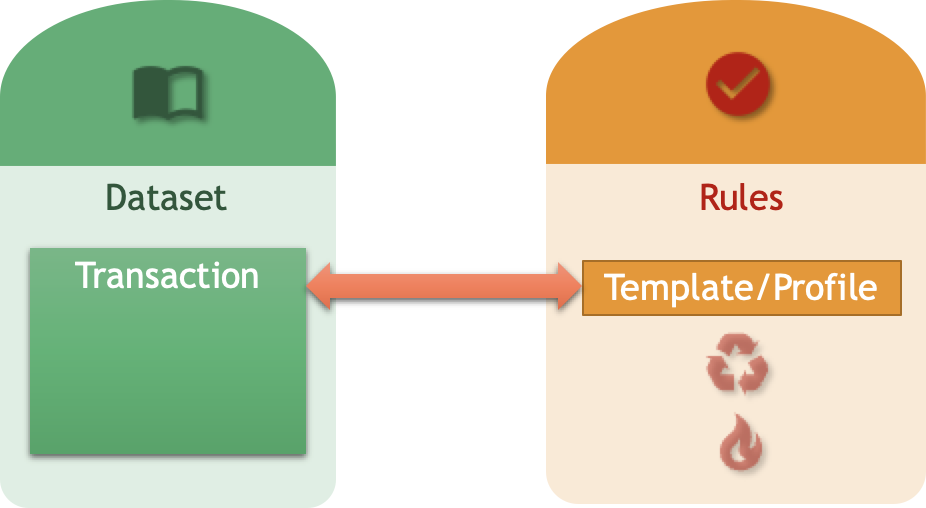 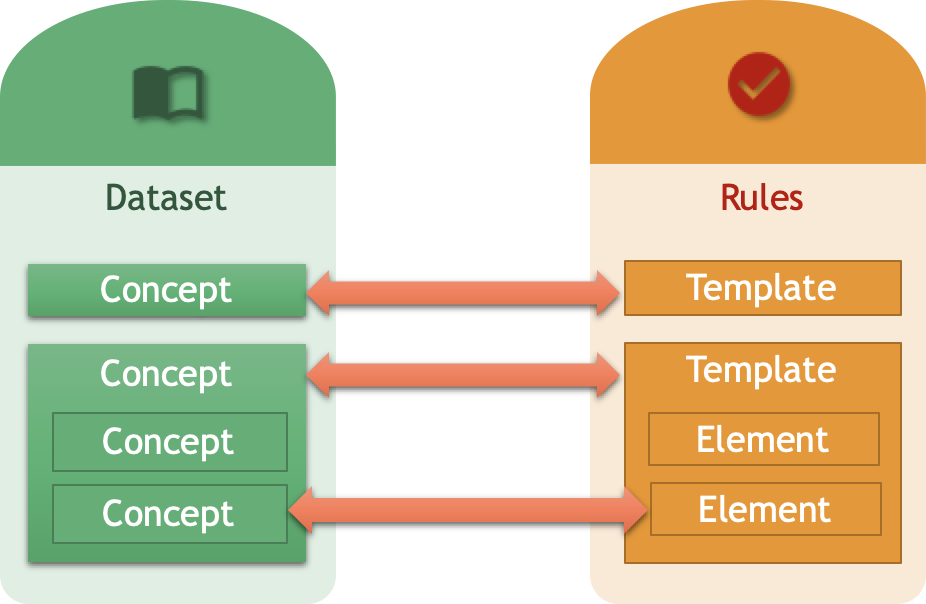 The speciality is, that the maps are qualified and direction dependent. There may be also Concepts in Dataset A that have no corresponding counterpart in Dataset B.

The definitions of the concepts are exactly the same (i.e. only grammatical differences) and structural implications of meaning are identical or irrelevant (i.e. intentionally identical)

ovarian cyst and cyst of ovary

The definitions of the concepts mean the same thing (including when structural implications of meaning are considered) (i.e. extensionally identical)

The concepts are related to each other, and have at least some overlap in meaning, but the exact relationship is not known

The target mapping is wider in meaning than the source concept

ISO 12300: 3 = Source concept is broader and has a less specific meaning than the target concept/term.

The target mapping subsumes the meaning of the source concept (e.g. the source is-a target)

ISO 12300: 4 = Source concept is narrower and has a more specific meaning than the target concept/term.