Inheritance is a „copy of a design“. Upon creation of an inherited concept, a structural copy is created from another location into the current data set (left), containing references to each and every concept in the source (right).

If a concept in a dataset is inherited from another dataset, the status icon is actually a chain symbol for items and a outline folder for groups in the respective color.

In this example the item Blutzucker is a genuine project item while Atemfrequenz is a inherited item from another dataset, so it carries the appropriate symbol.

In order to be able to edit an inherited concept, you must de-inherit the concept first.

In the example above you can easily do that through a special DE-INHERIT button with a un-link symbol in the Dataset Concept Detail Top Bar. After this action the concept is copied to your project with all properties including a relationship indicator to the formerly inherited dataset concept.

In a hierarchical tree, usually also all parent concepts need to be de-inherited. In this example the desire is to alter Symptomdauer that is part of the inherited group Beschwerden bei Vorstellung.

The reason for de-inheriting the group first before you can do anything with its children is, that you are potentially altering the semantics of a concept and therefore potentially also the semantics of all parent concepts. Therefore you need to de-inherit your target concept and all parents to indicate to anybody, that there is a possible change in the meaning of that group/block or concept. De-inherit all parent concepts as well first, i.e. here the group Beschwerden bei Vorstellung.

After that you can de-inherit the desired concept Symptomdauer in the same way and edit it.

After having de-inherited the group you might now also add or change items in the group, as an example to add another element to the de-inherit group, called Erheber.

Containment is a true reference (à la “sym links” in other contexts) of a Concept Group. Upon creation of a concept, this is a transparent link to an original concept at another location, denoted with the "share all" icon. Containment is only possible with groups. 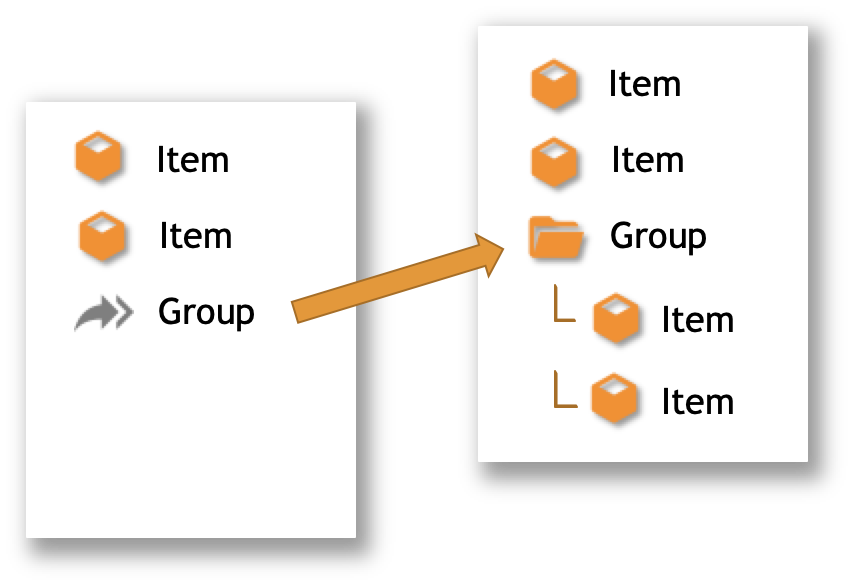 It is possible to transition a containment relationship into a true inheritance relationship. The original group is turned into a set of inherited concepts. An inherited group is denoted by the open folder outline symbol, inherited items by the chain symbol. 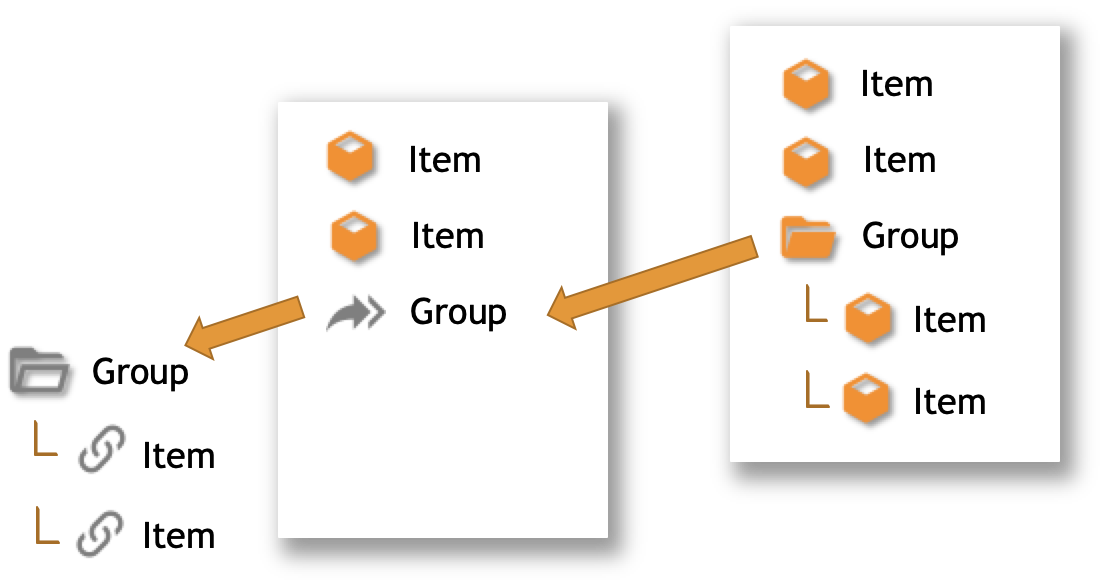 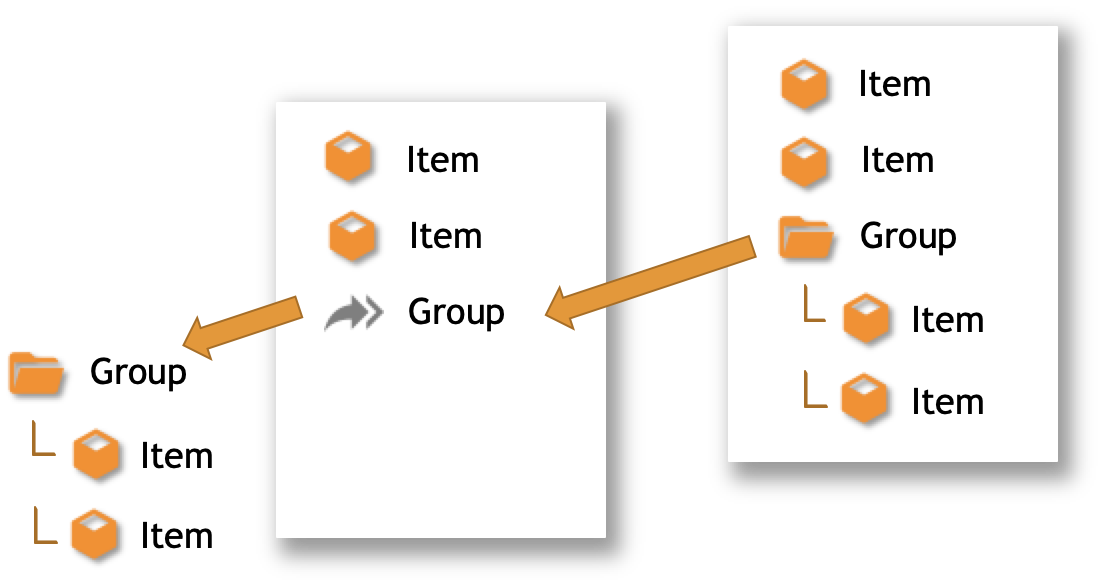